If your posts do not relate to Star Wars post them here. Link to other sites should also have some information, no spam/virus sites.

Remember to read the rules and NO FORUM GAMES.

As much as I hate Phelps, Twilight actually makes an exceedingly valid point. Sadly most of us are just flawed and can't be apathetic about it.
Top

The point of it was to get people angry

"...with his members and assault them, allowing him to then legally take money from the populace."

So no, I'm not playing into his plan. He's not getting money from me or anyone else that calls out all of the awful stuff he did after he died, he's dead and unable to sue anyone. He was doing it to upset people but he probably didn't even believe in anything he said or did. Upsetting people wasn't the goal, it was the means.

It's not hypocritical at all to be glad he's gone. He actively went out, got a big group of people, and just spewed hate all over the place whenever someone even faintly linked to a big political issue died. I have made maybe, what, three or four posts ever on the subject of being glad he's in the ground? It's okay to hate a person. Everyone does it. It's not okay to start what's basically a cult devoted to getting punched in the face in the easiest way possible for money.

The petty theft to grand theft comparison doesn't really work. The petty theft comparison would be going to his funeral and picketing it, which, admittedly, is wrong, and no one should do it. You're doing the same crime, just on a lower level and the punishment (or cash-grab) would not be the same. Posting on the internet going "Ding Dong, the witch is dead!"? That's fine. A lot of people, myself included, were targeted by this man's disturbing quest for money and to be completely honest, the less of people like him in the world, the better. I never wished him murdered, I never wished him painfully ill, I'm just glad his time is up.

When something or someone is horrible, it's important to talk about it. Some subjects do require a bias, otherwise we're going to be doomed to repeat them. Sure, some other sociopaths will look at Phelps' life and think, "Me too!", but if someday someone looks through the archives of the internet and sees just how loved this man was, even after his death, I would hope they realize that same thing is going to happen to them and whatever shred of self-awareness they have left wouldn't let them do the same.
Top

We will have to respectively agree to disagree. I still think it's hypocritical, and I still believe he should not get any attention at all. Attention leads to Internet searches. Internet searches lead to website hits. Website hits encourage whatever is left of their awful cult.
Top

Totally agree with Twilight, as bad as he was, hating doesn't do anyone any good. It just simply spreads more hate around, just like he did.
Top

RIP Mickey Rooney. He had a good long life at least.
Top 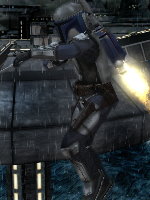 Kasem was a really good guy who lent his voice to a lot of shows from my childhood. Some of those shows were foolish to choose stupid name parodies of countries over keeping him hired. He might have lost his cool a few times outside of the public eye, but it was almost always warranted. Seriously, who puts a dog death dedication right after an up-tempo song? Ponderous.
Top

Rest in peace Eli Wallach. One of my favorite actors, and no one had any right to say he wasn't good at what he did. His role as the villain Calvera in The Magnificent Seven sticks with me, as he's one of the reasons I love that movie.
Top

I just don't know what to think right now. This is just...wow.
Top

OMG. RIP Robin Williams. I never would have thought this.
Top

May you rest in peace, Mr. Robin Williams. This is too soon and unimaginable...
Top

Ugh. Yeah. Rest in piece, Robin Williams. You were a great person and actor.

Farewell to one of my mom's favorite actors. And a great actor in general. RIP Robin Williams.
Top

They say laughter is the best medicine. And being a comedian, I'm sure Williams would agree.
Top