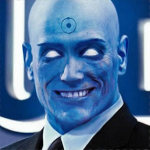 Hey everyone, now that I'm on a break thanks to Corona I finally found the time to make this post.

Something I wished I had when I started building up Era-Mods for SWBF II, a list of every released "Era-mods" and what letters they are using.
If you ever want to create your own era mod you want to ensure it's are compatible with a maximum of already released mods. Otherwise you won't be able to have your favorite mods installed alongside your own.

I'm only doing that for already released era-mods. I ain't going to guess which letter is used by a work-in-progress mod. You can contribute by replying to this thread with your letter and I'll edit the list.

But...but Blueman, how did you find each era mod's letter? Ez, just open up the mod's mission.lvl in any hex-editor and search for the loaded scripts (i.e: Ctrl + F for "cor1" and you'll find cor1a_con, a being the era's letter). Less than 2 mins process. There's plenty of era mods out there so the list is definitely not complete just yet.

Users browsing this forum: No registered users and 10 guests