Ok so this could easily turn into one of those questions that never ends but I really gotta be able to do this, it's been one of the main goals for my mod for a long time, and hopefully posting about this here will help

I have gotten a semi-custom model into the game, rigged and everything, got some problems here and there but I can work them out later, the main part of it is the glowing green visor
However I can never get it to glow how I want. This is the closest I've gotten (light bloom is on)
Hidden/Spoiler:

As you can see, there's no glow at all, its just made the visor brighter, I'm trying to get an effect like this
Hidden/Spoiler: 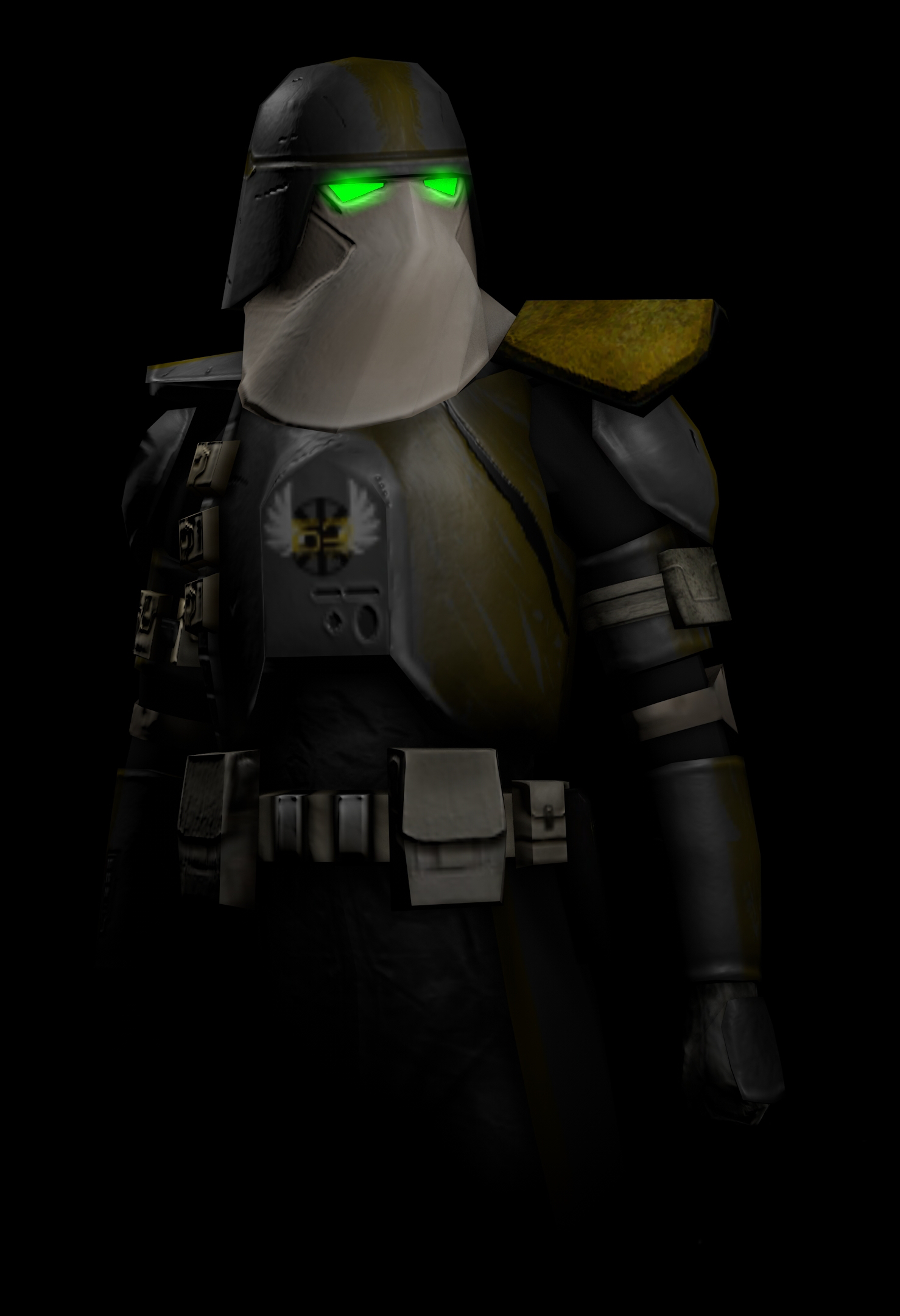 All I've done is select the polys around the visor (I created some new ones), applied a new material to it (which is the same as the base texture) and in the edit tab I selected glow and emissive (in the ZE tools menu of course), and later tried just glow, there were no changes. I've been told various times I need to work with alpha channels as they can determine the glow intensity, and it certainly needs more intensity. Although how to do it correctly confuses me every time, I've opened the texture, hit decompose (RGBA, unticked that option about layers), gotten 4 different images, including a white one, lowered the brightness of the white one, recomposed it which made the base texture transparent, exported that as .tga and munged but there were no changes.
I don't use GIMP to work with regular textures, and I did most of the work on the model in another 3D program, so if you dare to get yourself involved in this problem of mine take note that I only know the basics of these programs, which are conveniently the only 2 programs I can use

Here are some images of the type of glow I'm trying to achieve (take from Ultimate Commander)
Hidden/Spoiler: 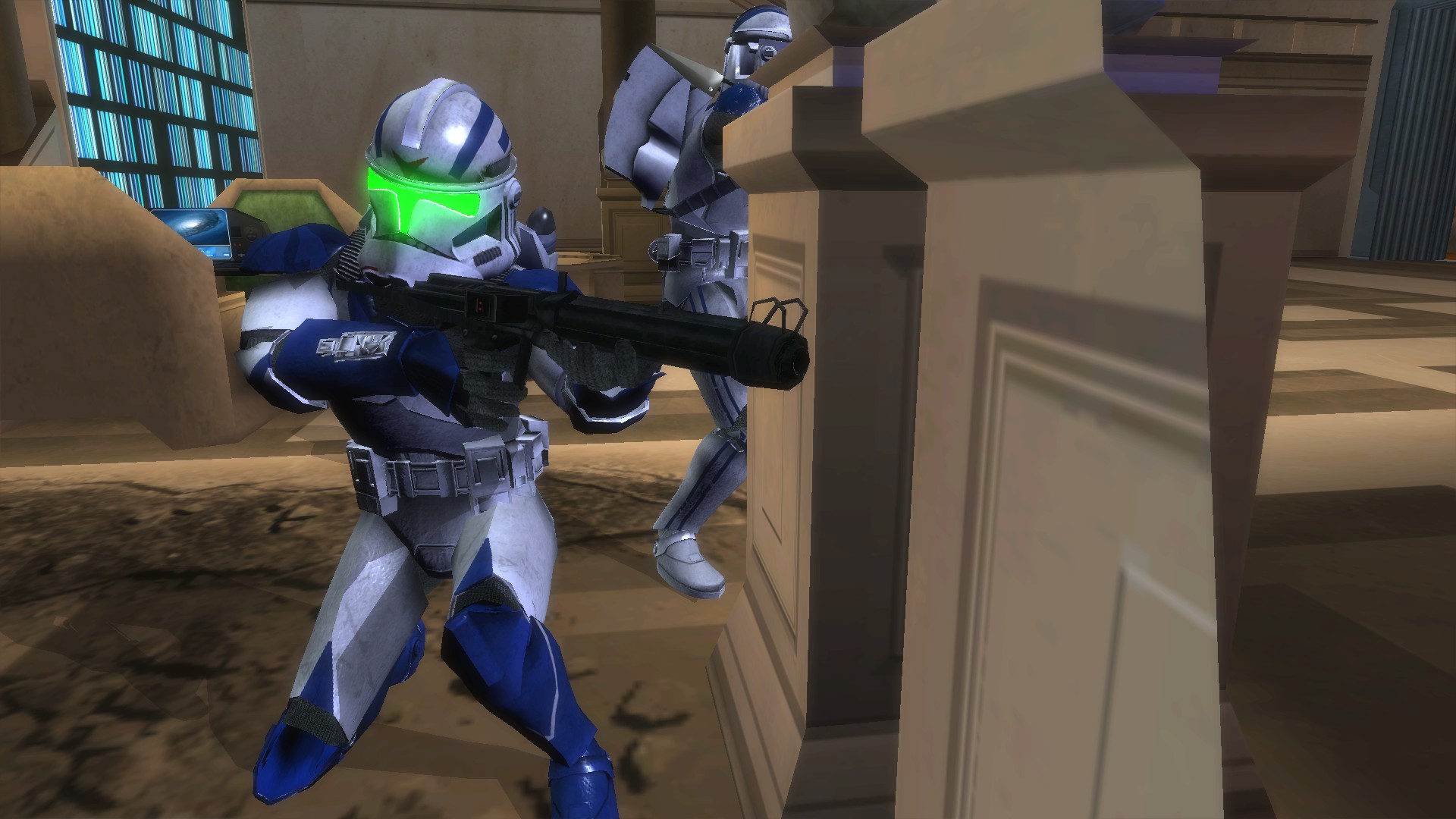 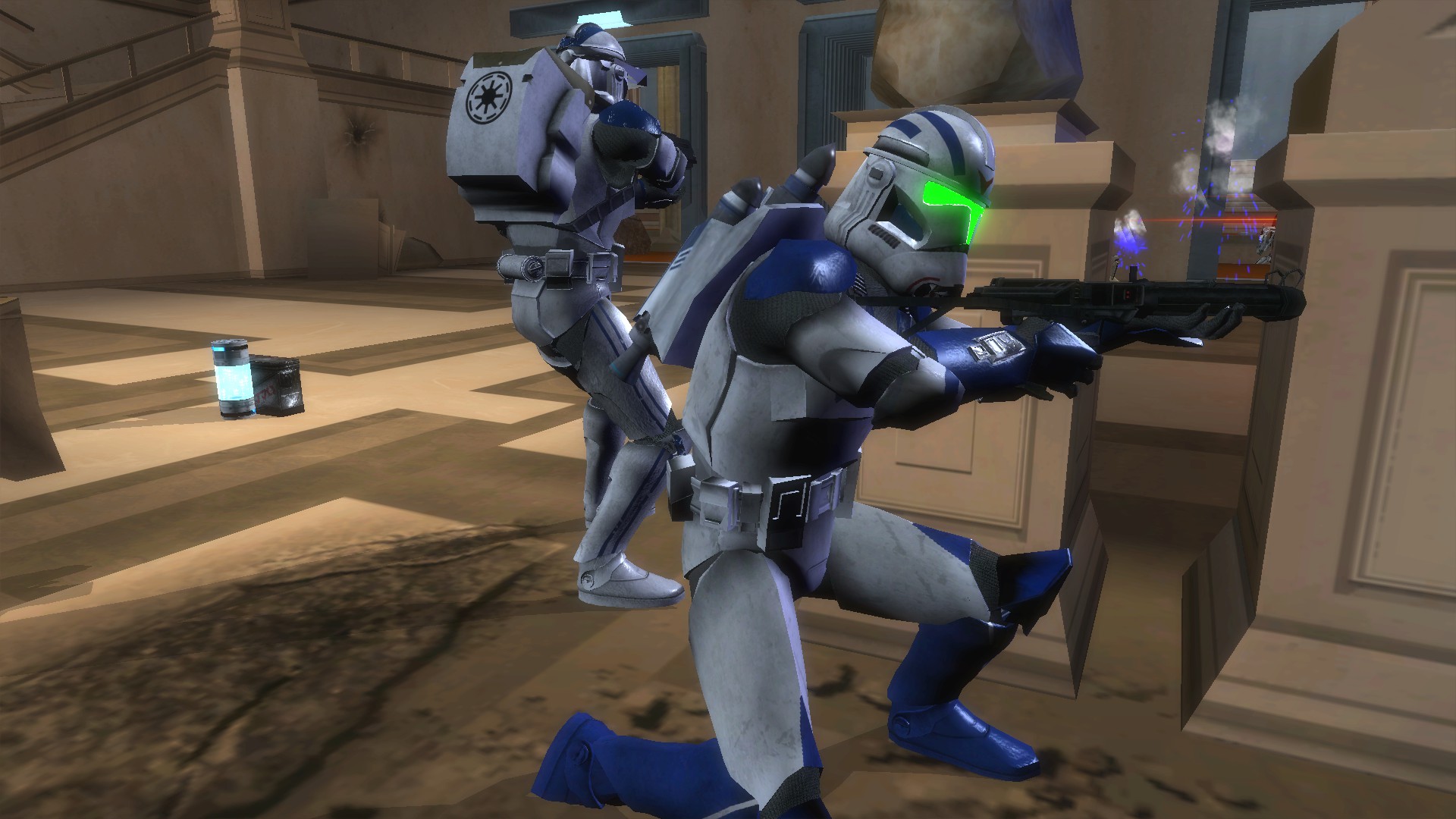 Needo62 wrote:I've been told various times I need to work with alpha channels as they can determine the glow intensity, and it certainly needs more intensity. Although how to do it correctly confuses me every time, I've opened the texture, hit decompose (RGBA, unticked that option about layers), gotten 4 different images, including a white one, lowered the brightness of the white one, recomposed it which made the base texture transparent, exported that as .tga and munged but there were no changes.

A white alpha channel renders the brightest glow possible. So what you are doing is the complete opposite of what you want. Not sure who is telling you this, but they're wrong.
Top

Then that means it should already have a bright glow?
Top

Yeah, assuming you applied the glow correctly. Check with a hex editor:
Hidden/Spoiler:

No, it's five places over ATRB of the material (MATD) you want to apply the glow to. Notice the .tga name.
Top

I have no idea what you mean, I guess it didn't apply the glow in the right place because there's no 02 anywhere with a tga name after it?
Top

The 02 has a red arrow pointing at it on the hexadecimal side (left) and the text side (right). Notice how on the right side it is found five places after ATRB. All of this is found in the material (MATD) you want to apply glow to, which includes the name of .tga.

This all occurs near the beginning of the .msh file when you first open it up in a hex editor, not wherever you ended up scrolling down to. If you still aren't sure, please post a screenshot of your model opened up in a hex editor without scrolling anywhere.
Top

You don't have to guess:
Hidden/Spoiler:

See? Five places after ATRB of the MATD you want to apply glow to. It's a 03 instead of 02, but it should work nonetheless. If you want to try 02, go right ahead.

Now that we know the glow is applied correctly, a few questions:
Top

Changing it to 02 had no effect
I replaced the texture with one I used before I tried messing with alpha channels
Its dark grey I think;
Hidden/Spoiler:

This is definitely the part that's using the material, there's only one that uses glow
Top

What is dark grey?
Top

Why? It looks like the visor is a bright olive green color based on the screenshot you posted:
Hidden/Spoiler:

Unless you went ahead and changed it for no reason. When resolving an issue, please don't add in other factors to consider. Also, dark grey is not a color that glows noticeably.

Just to clarify again, no alpha channel, yes? Keep things simple; the alpha layer should be completely white. Your main texture (that's what the diffuse is), the visor should be a darker green.

The other thing to consider is that the visor/eyes are so small that, while the glow effect might be working, it's just not very noticeable.

In addition, try adding a direction light in your test map, and make all lighting dark. It should make seeing the glow easier.
Top

You said something about diffuse colour having to be dark, dark grey is under the diffuse option I thought that was what you meant

The visor in the main texture is almost black, it has a slight bit of green in it, the glow makes it that olive green
Yes no alpha channels

Needo62 wrote:The visor in the main texture is almost black, it has a slight bit of green in it, the glow makes it that olive green

There you go. Your visor texture is way too dark. At this point, it's basically just using emissive colors. Make the visor texture brighter. Look at the hue/shade of the yellow used by the stock Naboo lamp post texture. That glows just fine with 02 hex glow flag enabled.

Is there anything else you would like to mention that could possibly be affecting why the glow isn't working the way it's supposed to?
Top

Alrighty so I took into account everything you said and decided to replace the visor texture with a flat bright green texture, and combined with some outside info I created more polys inside the visor and it works
Hidden/Spoiler: