Hello everyone! I wasn't sure whether I should post this as a Release or a WIP, but due to the nature of the mod I figured here might be okay (sorry if it needs to be moved). What I've put together is a *possible* mission limit breaker for the single player addon system. I mean, I'm pretty sure it would work but I'm nowhere near the mission limit so I can't tell you with absolute certainty. Basically what it does is add one mission and an Extended Mission List via the standard addon system. Through the Extended Mission List you can assign missions to the one added mission (called "... More Missions ...") from the mods local addon system. Now I know this mod doesn't have much practical use for most, seeing as the mission limit is pretty high and alternate addon systems already exist (for console at least), but I decided to put this together to learn things along the way. Before explaining a bit more here's the readme and link:

HOW THE EXPANDED MISSION LIST ADDON SYSTEM WORKS IN-GAME
- To add an expanded mission list mission to your playlist, simply add the "... More Missions ..." level where desired
- To assign missions to the "... More Missions ..." in your playlist press 'TAB' to access the Extended Mission List manager
-- add missions to the Extended Mission List playlist and click 'Apply Changes'
-- click 'Back' when done assigning missions, that's it!

Bugs & Troubleshooting:
- Sometimes multiple mission lists are saved, you can delete these in the campaign load menu (e.g. d_AAAg_con_xml)
- Do not load said save games from the campaign load menu
- Let a match sit for 18 seconds before using the fake console to end a mission (may interrupt save game process)
- Mods dependent on a parent mod will not work if the parent mod is also in the Extended Mission List (can be fixed)
- Custom campaigns (using ZE_ccsupport) don't work with the Extended Mission List (simpy not possible)
- If the maps don't appear after the install process ensure the '_config.txt' in the local addon folder is populated with map IDs:

Potential Improvements:
- Randomized playlist support
- Support for adding parent mods to Extended Mission List alongside dependent mods and vice-versa
- Reduced load/save times (6 seconds are given per operation in-game, though I have not verified the necessity of this)*

*This 6 second delay is suggested by [RDH]Zerted to be the average delay for saves (refer to his work: 'SaveAndLoadUtils').
ZE_xml doesn't use SaveAndLoadUtils, but considering that it performs a similar task, I figured it would be prudent not to
disregard the precautions of the work preceding it. Interestingly both ZE_ccsupport and ZE_xml have near 0 second delays
for load/save operations while in the shell and seem to work fine.

Special thanks to [RDH]Zerted for his work on the unofficial patch v1.3 and SaveAndLoadUtils 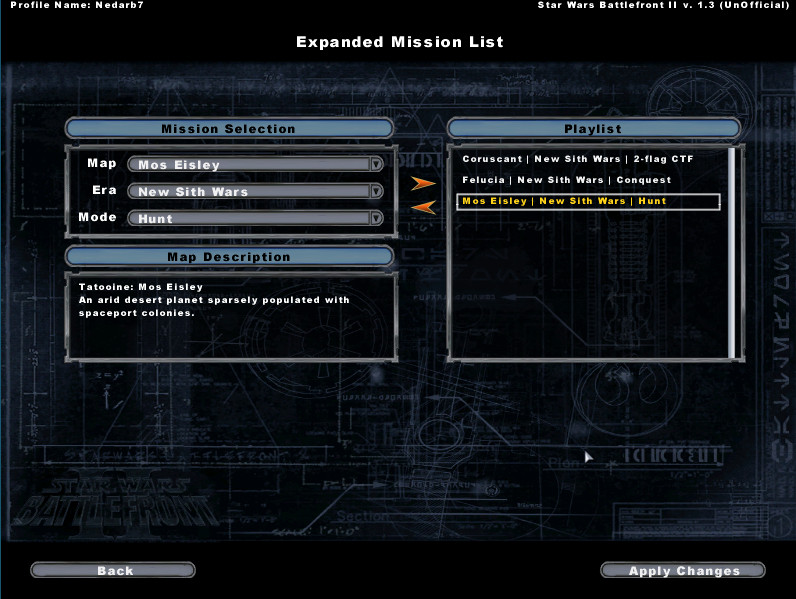 My goal is to make a simple drag and drop (or at least the next best thing to it) local addon system. The core features are down, it's just a matter of finding bugs or where the system breaks and then adding more features. In the readme I included some potential improvements that are possible or at least potentially possible, perhaps you can think of more? Another thing I'd like to figure out is if I can avoid depending on a PowerShell script to modify addme scripts, but I don't know how to write an independent program that can do the task (I'm pretty clueless in that regard, suggestions would be appreciated!).

There are some dormant features in this that I may or may not add depending on further testing of the mod. One of those is that the Expanded Mission List can be expanded to include stock and addon missions and another is save operation delays in the shell.

For any who are interested and try this out, please let me know run into any issues, thanks!
Top

Wow that is awesome! I imagine a lot of trial an error went into this.
Top

Hope I'm not necro-ing this, wanted to respond to it back in August but couldn't reset my password at the time.

This is a really neat way of getting around the mission limit! BAD-AL's Alternate Addon system is great for consoles, even PC, but a unique thing about ZE_xml as far as I can tell is that it doesn't have to replace or patch any core game files (like the base game mission.lvl and core.lvl).

Really impressive system, I can see it being handy for data hoarders (like me) who may at times run into the mission limit

This looks really cool, it could be adapted for larger mod projects. But expanding the Mission Limit is easier than this - Sleepkiller has made a solution but never properly released it being a updated game executable that raises the mission limit to something like 16k. Although that still leaves conflicting mods as a possible problem that a solution could be found for.
Top

Thanks for the responses, I'm glad to see that this project hasn't been completely buried!

There definitely was. Trying to run multiple, distinct addme scripts through one was where I experienced the most trouble. I've experimented a bit with multiplayer as well, but have yet to make a breakthrough.

angolandelegate wrote: ↑
Mon Feb 28, 2022 11:27 pm
This is a really neat way of getting around the mission limit! BAD-AL's Alternate Addon system is great for consoles, even PC, but a unique thing about ZE_xml as far as I can tell is that it doesn't have to replace or patch any core game files (like the base game mission.lvl and core.lvl).

That is correct, it's completely standalone. That said, it does add a key input to the IA screen which may or may not conflict with larger shell mods. However, I'm not aware of this at the moment.

iamastupid wrote: ↑
Tue Mar 01, 2022 5:17 am
This looks really cool, it could be adapted for larger mod projects. But expanding the Mission Limit is easier than this - Sleepkiller has made a solution but never properly released it being a updated game executable that raises the mission limit to something like 16k. Although that still leaves conflicting mods as a possible problem that a solution could be found for.

It definitely could! This project has actually served as the proving grounds for that exact idea. I was looking to create an addon system for a larger project of mine that would be self-contained and come at no cost to the mission limit. As of v0.1, it still comes at the cost of campaign save files, but I've since found a method to pass data from the shell to game state without a dependency on meta/campaign saves. I haven't tested the stability of it thoroughly yet, but my suspicion is that it will be equally as stable, if not more so.
Top
Post Reply
5 posts • Page 1 of 1