I remember thinking "oh hol up i should probs put YVR on gametoast" a couple times but clearly i forgot, but now i remembered, so here it is
https://www.moddb.com/mods/yavin-valley-of-ruins 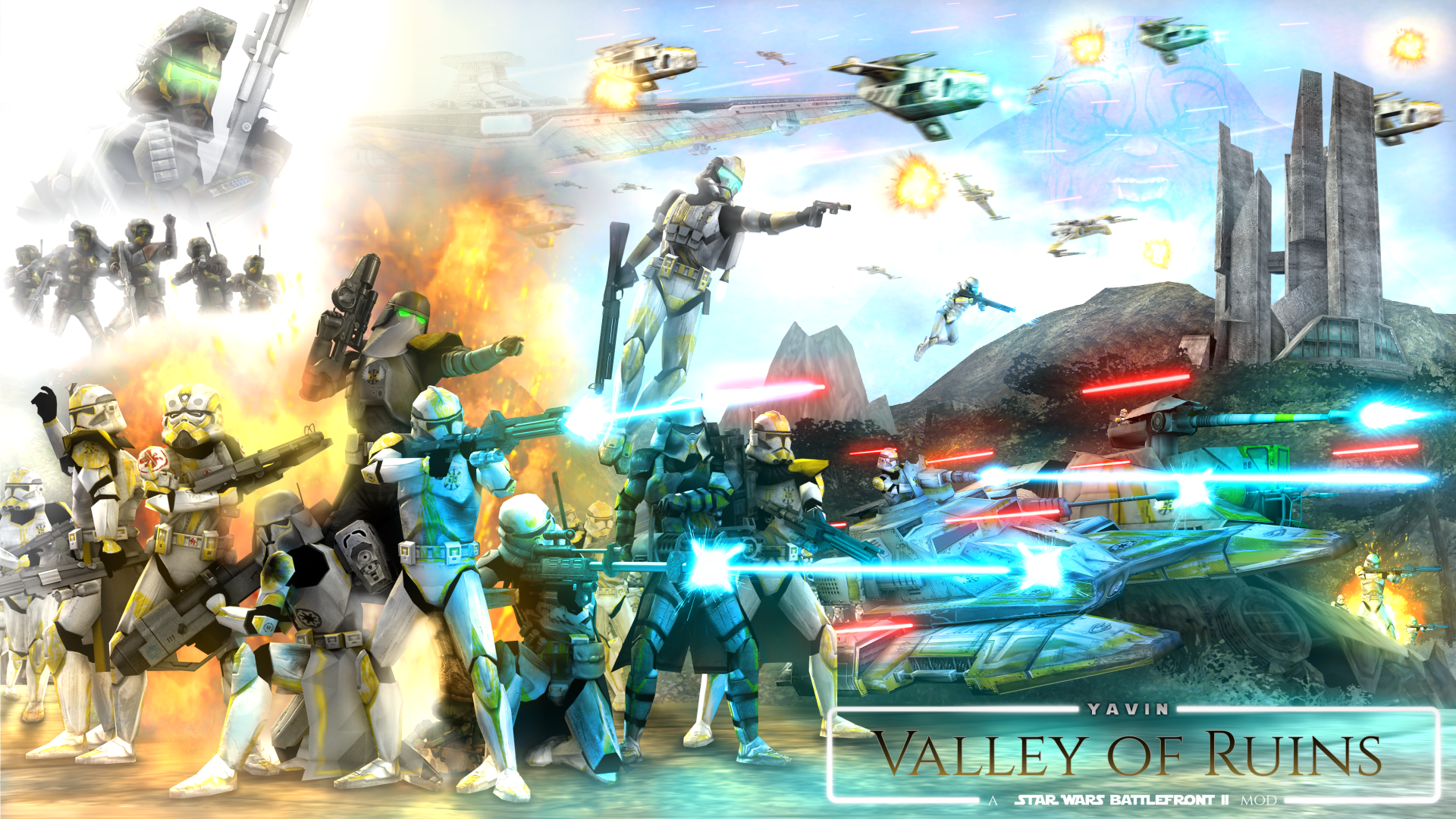 my first post about this was in 2016 and boi it is cringe
http://www.gametoast.com/viewtopic.php?f=29&t=32637&hilit=yavin+valley+of+ruins#p527672
good thing it took like 4 years otherwise it would have stayed cringe,
but now im kek so dont worry

This is my first solo mod and not the last, as promised in the 2016 post,
my next map is planned and some work as started,
but don't expect anything for a while its a lot bigger than this so if it takes
another 4 years itll make more sense.

Features
- Over 350 units on the map at once
- 4 unique gamemodes
- 4 unique weather settings randomly chosen every match
- Custom textures for every unit but the SBD
- Reworked gameplay mechanics for both teams*
- Custom loadscreen
- Semi-custom models
- Every single clone unit has a unique 1st person arm texture
- Custom animation sets making use of some unused anims found in the modtools
- Clone sniper has the ability to go prone
- Easter eggs, secrets and references throughout the map

*Clone AI are very accurate and bullet spread is altered depending on stance/movement of your unit (Running = high spread, crouched in place = very low spread.
The crouchwalk animation has been changed to a slow walk to account for this)
Droids have basic movement (no sprint, jump or combat role to encourage more droid-like behaviour) and bullet spread is not affected by stance/movement speed

Only a few weeks after Captain Moss, Captain of the 34th Scout Company, and his men set up camp a few clicks away from the facility in a heavily forested swamp, they would hear strange noises coming from within, sometimes these noises seemed to come from the forested areas near the facility. Recon teams report them sounding like screams or roars of some sort. So far Moss has sent 2 separate pairs of scouts to investigate the noises, so far 2 pairs of scouts have failed to return...

However when one of Moss's reconnaissance teams reported gunfire and droids planting explosives throughout the facility, there was nothing for it, whether they were fully prepared or not, they had to do something. Whatever was going on in there the droids didn't want anyone to know about. With that, Moss contacted the 62nd Attack Battalion, led by a secretive and mysterious Clone Commander, nicknamed "Needo". Within hours the Battalion's flagship Venator-Class Star Destoryer known as "The Scorcher", exited hyper-space right above the valley. If the droids knew any better, they would've surrendered right then and there, but, Seps being Seps, they sent their forces out to deal with their new invaders. Various Separatist fighters emerged from the mountains to engage them in the air, while a detachment of droid ground forces exited the facility to greet Commander Needo's forces.

As Captain Moss ordered his men to regroup at base to prepare for the assault, the reconnaissance team he sent earlier got spotted on their return, as a result, 2 Droid Gunships landed in the grassy field near their base, and droids started flooding out heading right for them. As Commander Needo's LAAT Gunships landed, Moss and his company set up defensive perimeters. The battle of Yavin: Valley of Ruins, was about to begin.. 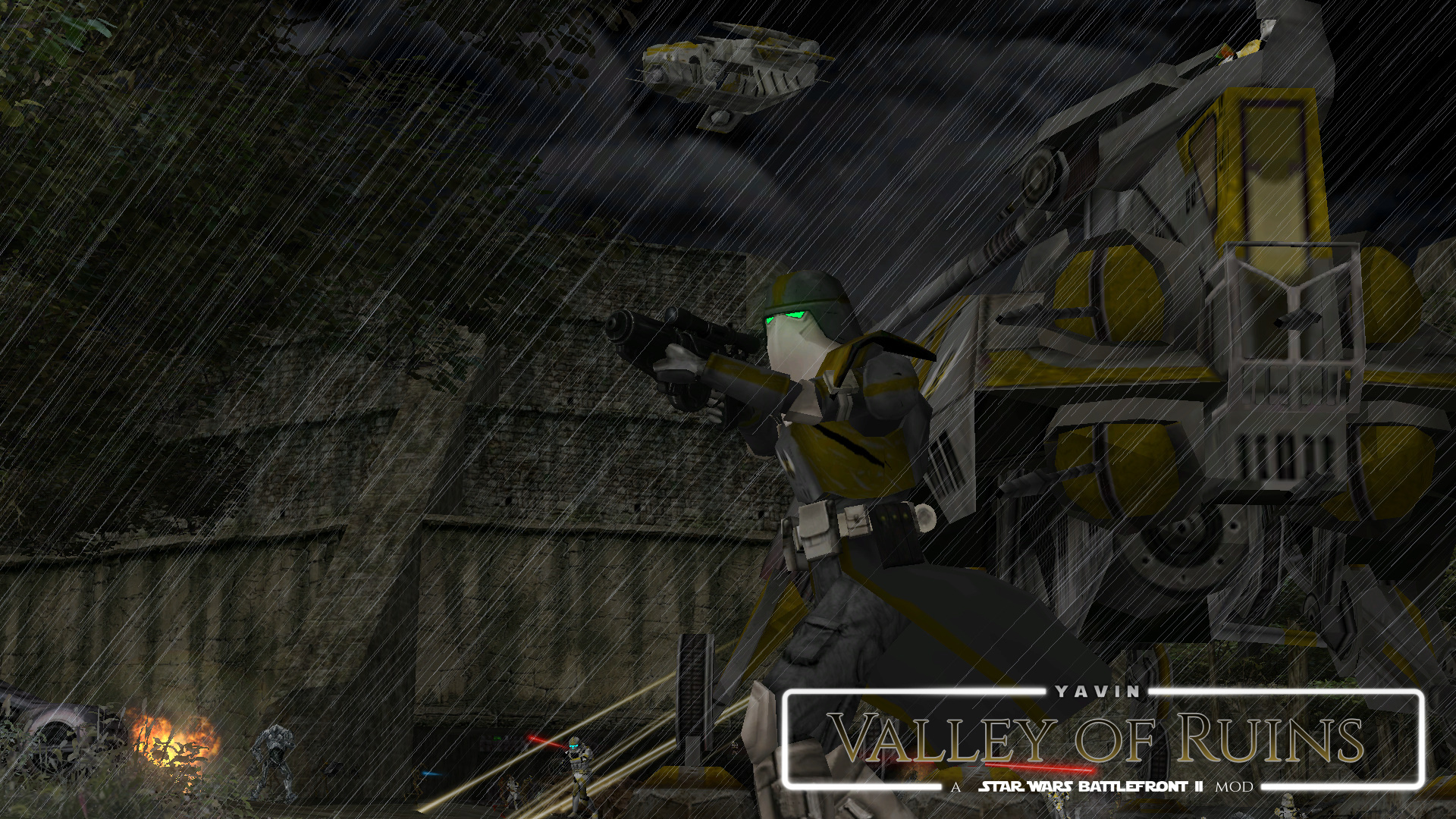 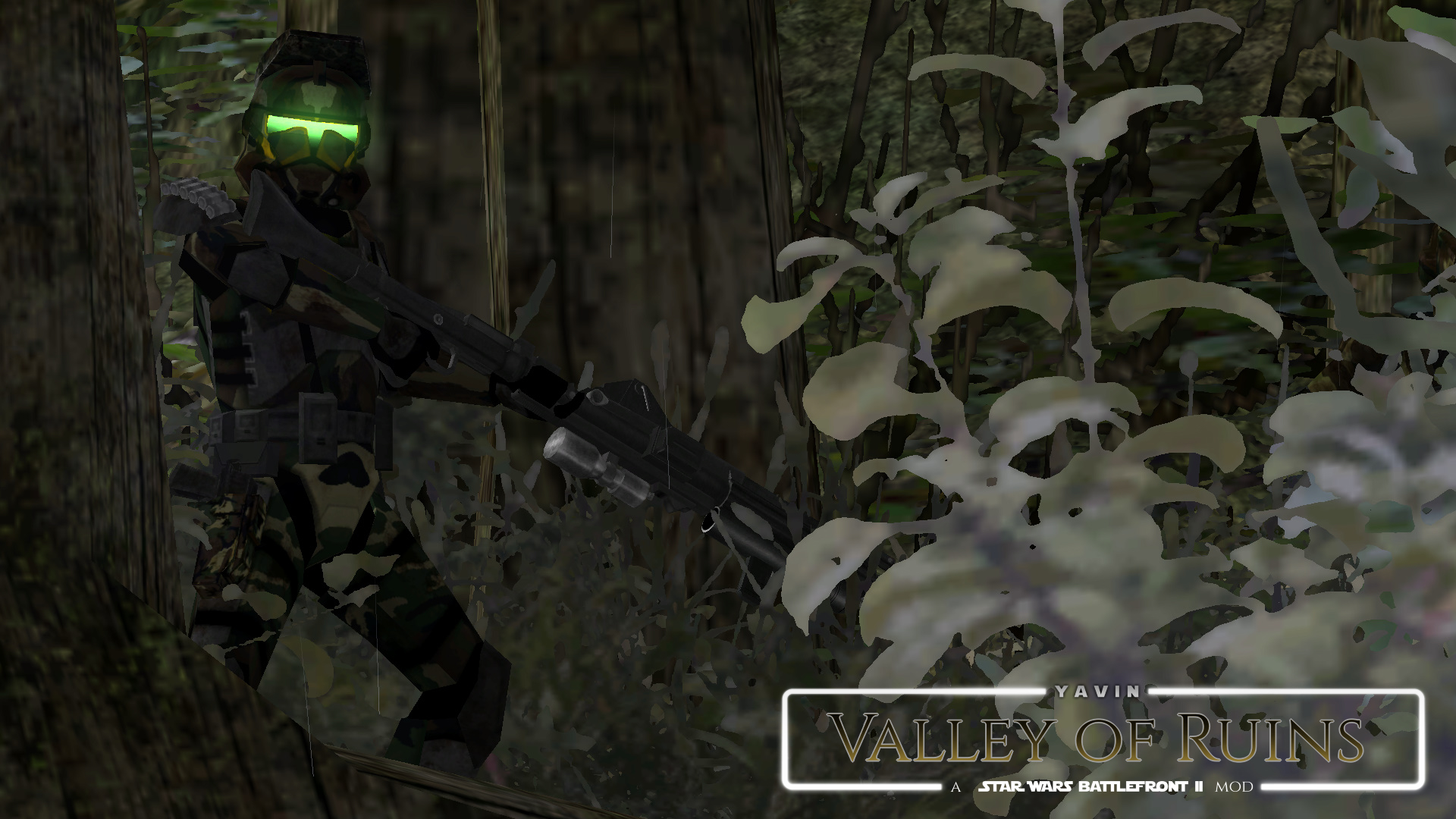 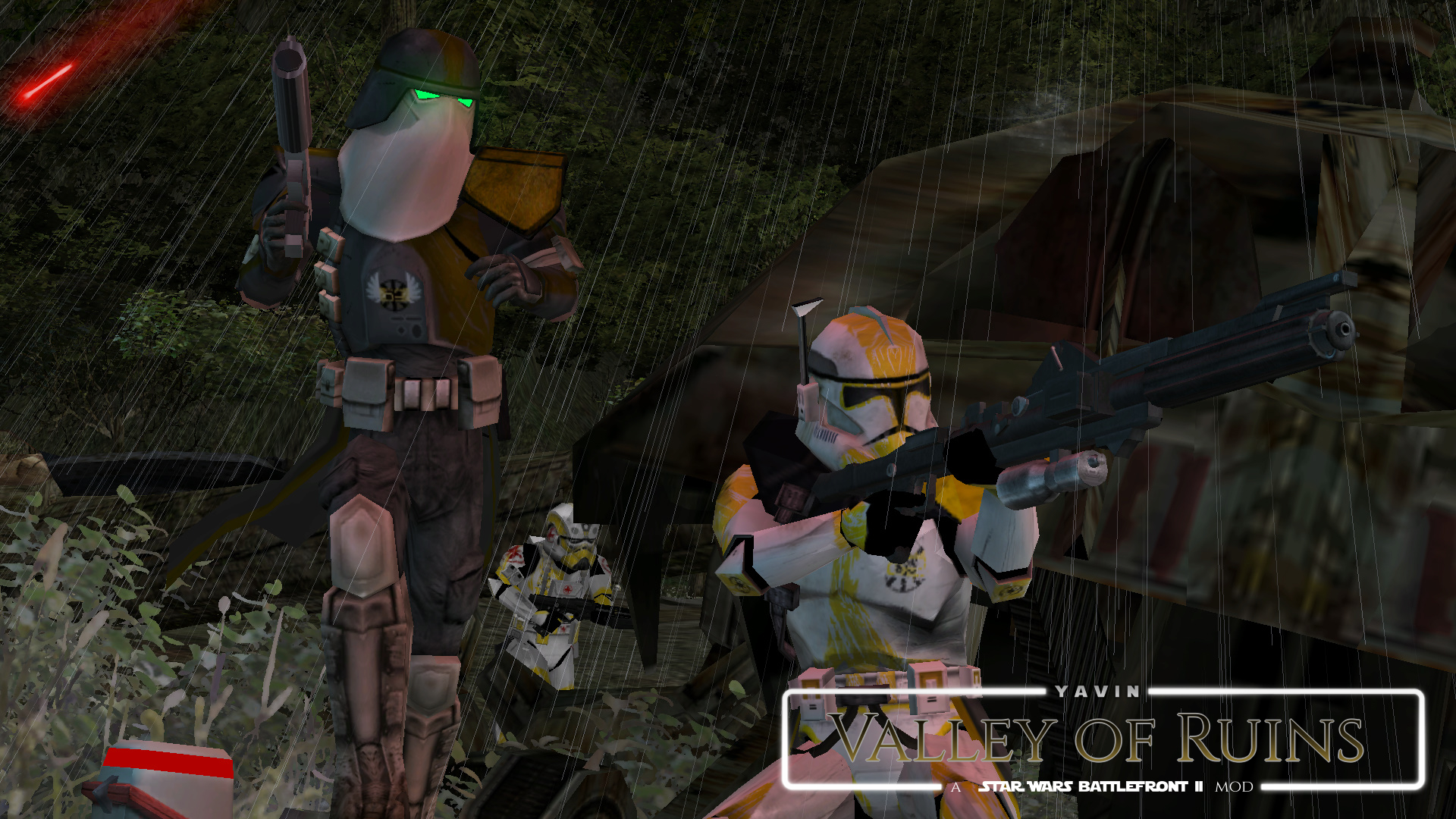 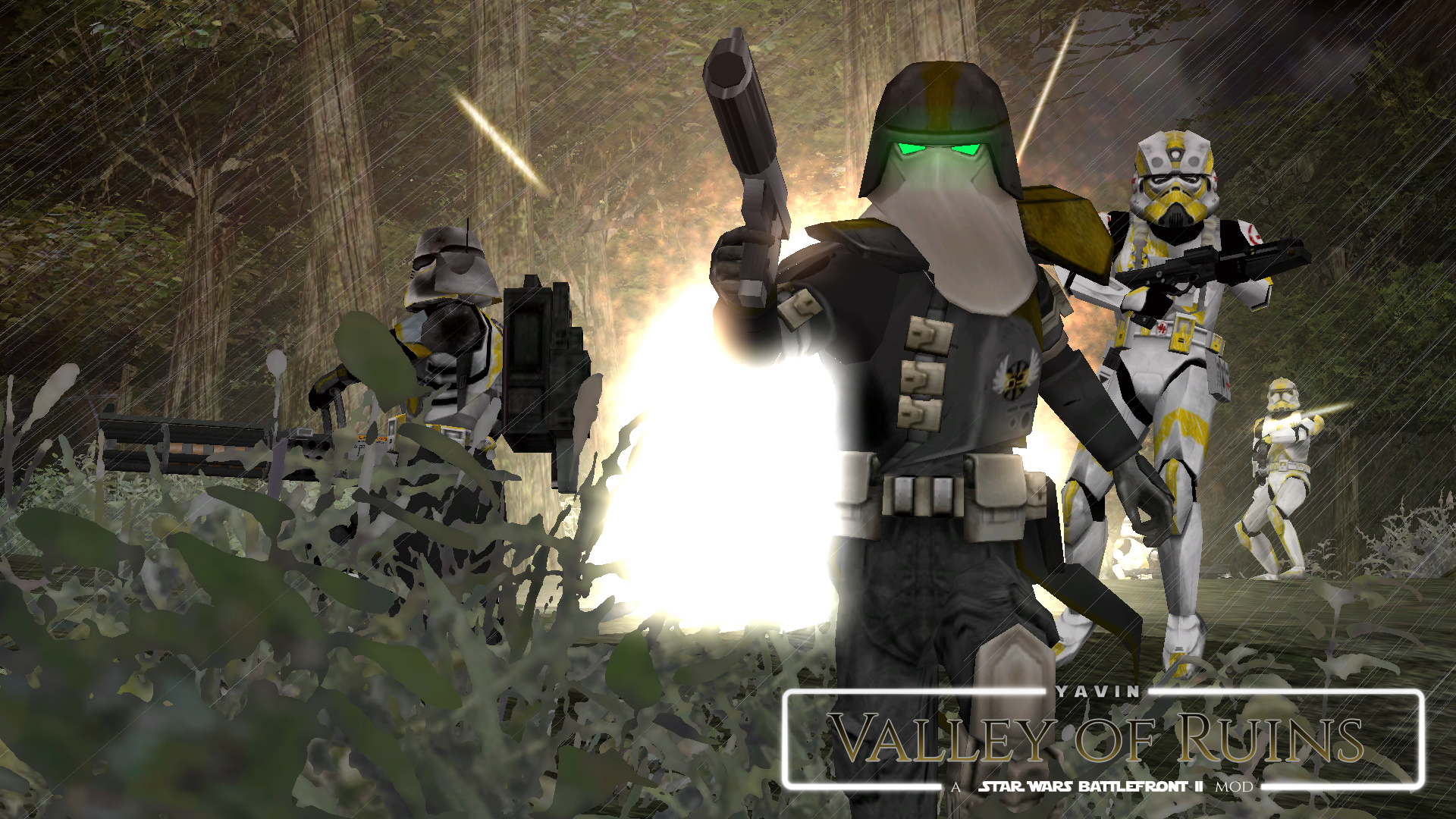 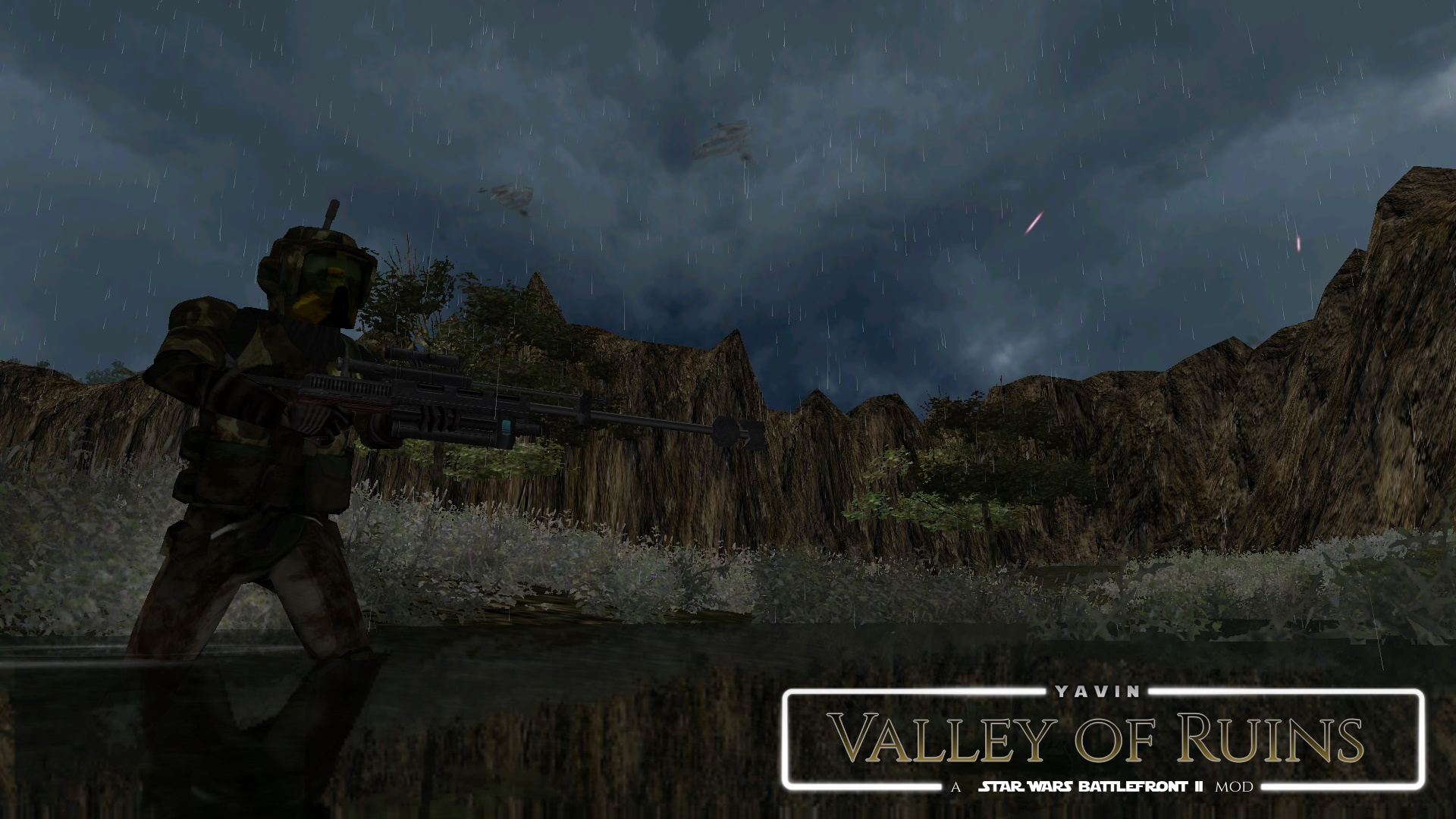 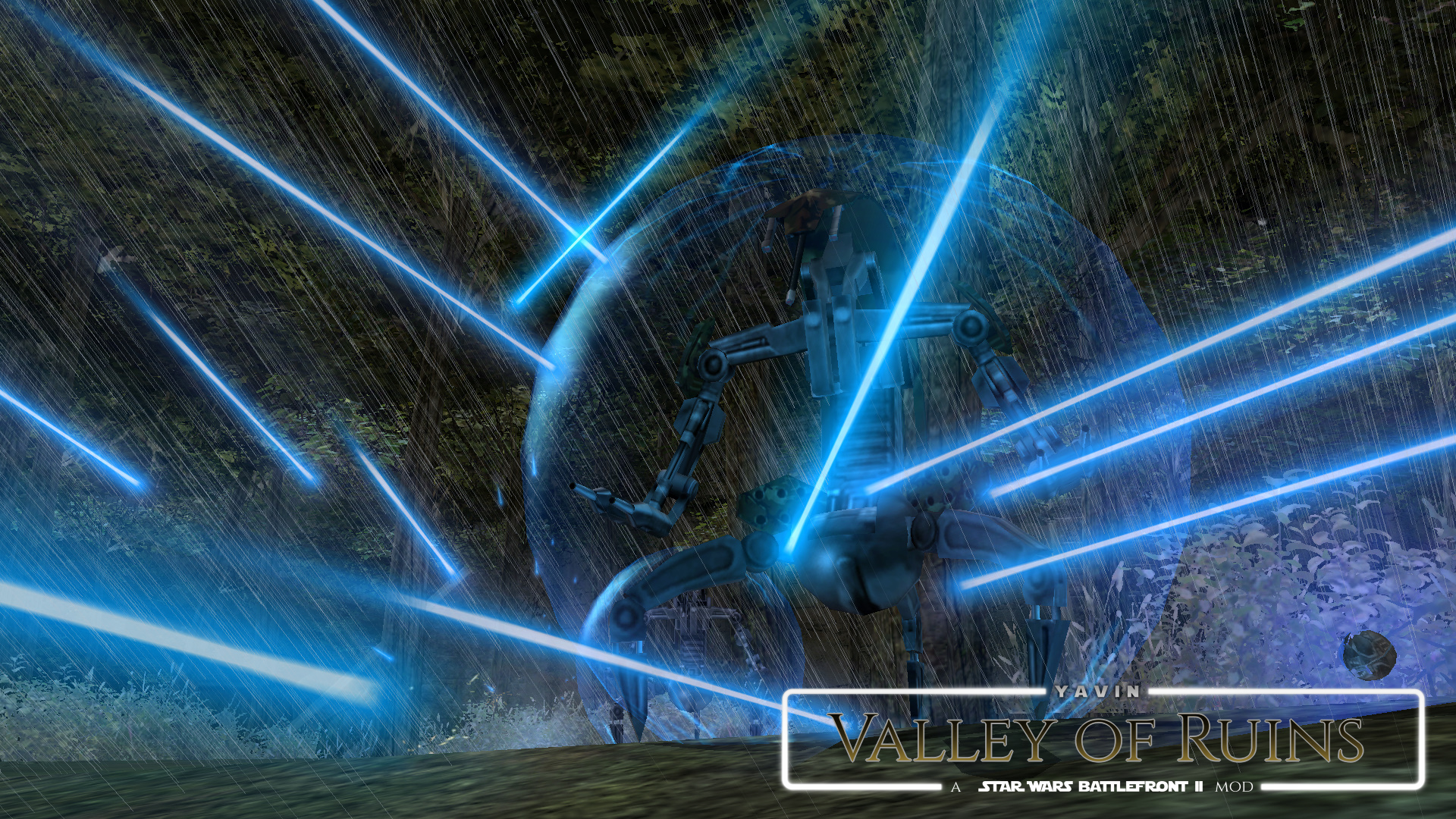 Users browsing this forum: No registered users and 12 guests