Hey,
somehow I have lots of Bugs within this Mod.
On many Maps (and all Space Maps) I get these Error-Texts "Could not open MISSION\spa6r_ass.lvl" - with all other Eras the Maps run without any issues.
And the other problem is, that some graphic-effects aren't shown on any resolutions. Especially the grenade-effects.

effects that are not shown is a problem of BF if there are too many effects at once. And this should be on every resolution, because the effects are not a part of the resolution files.
I wonder about the space thing. This should work. I'll have a look at it.

I looked for your space problem, but i couldn't reproduce it. Are you sure that you removed the old RCM folder and placed the new one in your addon folder?
Or is there anybody else who has the same problem?? As you can see, the element of the old HUD in the left bottom corner was not removed.

Anakin wrote:Seams to be a problem of you resolution. It's a nonserious bug. Maybe i'll fix that some day

It's a pretty common resolution. I know quite a few people (myself included) who have it. With that said, it shouldn't be a difficult fix.

I released the gc patch. So if you have compatibility problems with other gc scripts you can now fix them with this patch. I included the patch in the v1.3.1 version. If you downloaded the latest version you don't need the patch. It's only for the v1.3 Version.

I just watched some videos from Steffen Meyer on YouTube. He said that there is no reticule for him and that there are others with the same problem. I never know about problems with the reticule.
He has an older Version of the mod. I think it was 1.2. So I'd like to know if there is anyone who has no reticule at the latest version. Please tell me if you have such a problem or if you know someone with that problem.
Top

It would be cool to use these HUD features for a star wars battlefront fallout mod.

BTW is this compatible with conversation pack 2.2 or dark times???
Top

I made a tutorial about how to modify the HUD. So if you'd like, just start modding.
I have bfx and dt2 installed and everything works fine. It should work with conversion as well.
Top

I just have 2 quick questions, Do I need a script or something for the RC era to be on Maveritchells conversion pack or dark times? And can I have a link to the HUD tutorial?

Ah now I understand what you mean with compatible. You want to play RC on convo/dt maps. That's not possible the easy way. Only marvel4's bf1 maps are supporter from me.
But you can use the integration pack to make a "side mod" (actually you only load the RC from my mod) that adds the RC to the maps you like. Only problem you'd need the original lua scripts from the mods. So you should ask mav for the dt lua files and the convo devs for their luas.

Here is all you need for doing this above and the HUD
viewtopic.php?f=27&t=13806

Since it is over 10 years ago that SWRC was released, i'm now allowed to release models from that game without being in trouble with the copyright rules here on GT.

I added a patch for the Side mod that allows you to replace Nedarb7's rc model with the original ripped once. Decide by yourself which one you prefer. 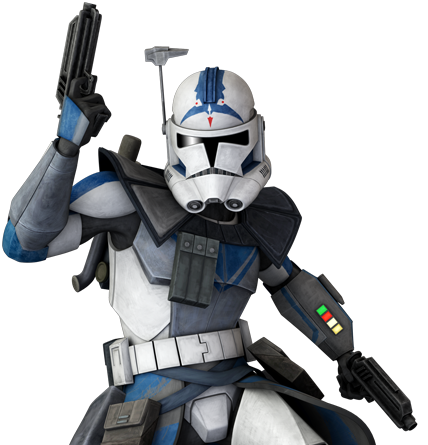 i have a problem with the version 1.4

when i press the Esc-borron i have no texts there only blank bottons, pls help
Top

you want to read the readme file *hand wave*

Hidden/Spoiler:
you need to install the scripts!!!