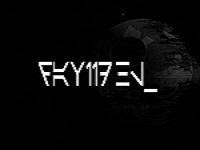 A planet of Star Wars: Rogue Squadron I , Barkhesh is a remote planet of the outer rim occupied by the Empire. The Rebel Alliance and Barkhesh's Resistance will liberate this planet... Or will do not? My mod on ModDB:
http://www.moddb.com/games/star-wars-battlefront-ii/addons/barkhesh


All weapons names was changed,

Some units was modified,

Pilot's pistol has been removed.

Dark trooper has changed his ARC Caster.
...
You have to descover more!

-Conquest
A normal conquest, Rebellion VS Empire. The resistance of Barkhesh will fight with the Rebellion against the Empire. Probe droid added in the Empire side.