I know for a fact I'm not the only Mass Effect fan here. Therefor, I know I'm not the only one excited about Mass Effect 3, which is due out early next year (delayed from it's original RD of holidays 2011, but easily forgivable). We don't know much about it right now, yet we have learned a lot.

Anyways, if you haven't really heard much, but wanna get caught up on what we know so far and keep up, I'll try to keep this post updated with news as it becomes available. Or at least link to the right sites so I won't have to. lol

General ME3 News/Info Sources:
Official ME Site
Update 07JUL11:"ME3 Confirmed Features Thread" (Bioware Forums) (New Thread, Old One Closed)
ME3 on IGN
ME News (Steam)
ME2 News (Steam) (I reference them both because they don't necessarily have the same news relating to ME3, for some reason)

This is the first topic I've started in like 3-4 years, so you know I'm excited. lol Anyways, I wanna hear what ya'll have to say about it. The conversation will go from there. As long as it's related to the Mass Effect universe, we're fine.

ME2 was fun but it felt like filler, as long as they give the game a clear sense of direction and a reasonable story, I'm interested.

SWBF2
This makes no sense! 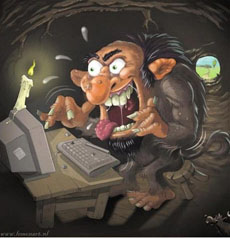 Ummm....anyways, I'm excited to see how it all comes to a close. The possibilities are crazy good and the added gameplay mechanics sound great. Melee? Yes.
Top

I haven't been following it too closely and don't really want to as I want it to be a surprise, but I hope the game has more of the RPG feel to it like ME1 did than the action of ME2.

But yeah. I can't wait, Should be great.
Top

Hopefully there will be a inventory system for armor along with the return of actual armor for squadmates with stats that matter. I for one missed the armors and addons from ME1.

Apparently, the choices you will make in ME3 will make that one choice on Virmire seem like a walk in the park or so I heard...
Top

Actually the Virmire part was kinda easy for me. I mean, I wanted to save both, and it sucked that the option wasn't there, but anyways, picking who to leave was kinda easy. I left Ashley because Kaiden's voice actor was Carth. Couldn't leave Carth.
Top

I left Carth... I mean Kaiden behind because his character was dull and wouldn't be developed any further, all he did was complain about headaches and talk about the awful time he spent in biotic academy. Ashley on the other hand still had a lot to say, she even learned to respect the aliens and be more reasonable about things in general.

That kind of ruined it for me...
Game:"you must sacrifice one of your companions to continue."
Me: "well that's easy, I'll sacrifice the one that is dull and wants to die anyway, I'm sure he'll be quite happy to have died for a worthy cause."
Top

Oh, I got that dull vibe to and thought I was going to leave him first, but I changed my mind. Both Kaiden and Carth were whinners, but Carth turned out to be a bro, and I'm hoping for the same with Kaiden in the third.
Top

While I'm sure Bioware could make Kaiden someone who's actually interesting to have around in 3, I could never bring myself to pick him over Ashley. It just never seemed worth it. I left Ashley behind once, just to see what was different, and I regretted it for the rest of that playthrough. Plus, Ashley was one of my favorite characters & squadmates anyways.

As for the big ending itself, Bioware has said that it "will have over 10,000 variables affecting it". Pretty ridiculous.
Top

The_Emperor
Supreme Galactic Ruler
Posts: 2118
Joined: Sat Dec 10, 2005 6:30 am
Projects :: No Mod project currently.
Games I'm Playing :: I have not listed any games yet
xbox live or psn: No gamertag set
Location: Waaaaay over there.

Actually the Virmire part was kinda easy for me. I mean, I wanted to save both, and it sucked that the option wasn't there, but anyways, picking who to leave was kinda easy. I left Ashley because Kaiden's voice actor was Carth. Couldn't leave Carth.

Ashley wouldn't put out after I snugged the blue chick, so I chose Kaiden too.

I'm looking forward to how the firefights will turn out. ME was so slow, and every Diet Dr. Pepper non-Geth would go immune and it toke forever to kill them. ME2's battles were much faster and a bit unpredictable, which made it more fun. Too bad Hardcore made Biotics utterly useless. I'm not sure how Bioware has increased overall combat speed in ME3, as they've stated, by 10% or so. The multilevel battlefields sound fun though. Although I'm not looking forward to the new Husks... as long as the so-called "cover busters" aren't always hanging put with the regular Husks, though, I'll be fine.
Top

Updated with some videos from E3. <3
Top

Raptor522 wrote:Updated with some videos from E3. <3

I think they're on to something. At first I thought them saying "The best in the series" was just marketing or being cocky, but I'm a believer so far. I love how there is a release date too.
Top
Post Reply
238 posts