Here's what we know so far, according to PC Gamer:
http://www.pcgamer.com/previews/assassi ... d-to-know/
1) No more Conner
2) It's a proper pirate game
3) There's a whole ocean to explore
4) Naval battles will be improved
5) Desmond is gone

More info as it unfolds this month.

TW's thoughts:
I'm excited, as usual. But more excited than I was for ACIII. First, because of the era. I've always loved what Ubisoft does with the history in the series, and let's be frank, the Revolutionary War was cool, but we all knew what was going to happen. And second because of the character. Connor was... eh... he fought like a tiger, but that was as far as his character development went. He was angry, he went on errands for important figures in history, and he was Native American. That's Connor. His grandfather, Edward, appears to be more of an Ezio-like character. All swagger and mystery while being clever and an all-around awesome fighter.
Top 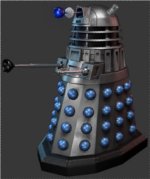 The game looks pretty good, I'm just a little dissapointed that we have yet another hooded assassin. I'm sorry, but throughout history assassins simply can't don the same set of robes. THe first leaked images showed him without a hood, dressed more like a pirate. These official pictures though, make me a little uneasy.
Top
Post a reply
2 posts • Page 1 of 1