Super Smash Bros. for 3DS/Wii U Wonder if he'll get any new moves.
Top 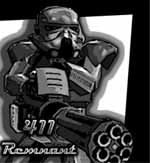 Kirbus, Warrior of the Stars.
Top

My first thought was "Nap of Doom right now!"
...but wrong puffball
Top

Most of you who read this thread are interested parties, and already keep up with this stuff. But just in case, there was an announcement today, and I figured I'd take the time to fill everyone else in who might be just casually checking up on the game every now and then. got places to go
gotta follow my rainbow
Top

Hadn't heard of these since I am only casually following the updates. Nice to see some more characters announced.
Top

It's cool that they brought back Sonic, though I hope they keep the number of third party characters limited.

Toon Link? I'm kinda surprised that he's back (or more surprised that he's been announced so soon) but at the same time it's sort of predictable. With the exception of Luigi, I was kind of hoping that they'd drop the clone characters this time around. I know their stats are different and there are subtle differences in their move sets but I think it'd be better to use those slots for entirely new characters.

Just bring back Dedede and MetaKnight and I'll be happy.
Top

Meta Knight? Now there is one character I would be fine with not seeing again. He's just so hard to fight!
Top

He needs a nerf, but I'd be okay with having him back.
Top

MK is really only broken in certain situations. In a 4 person battle he's almost useless, often racking up damage for someone else to steal the KO with a smash due to his limited choices for a good move (Up+B at 100%+, Side A Smash at 80%-100%). In a 2 person match though, he's almost too good. Seeing as the devs don't seem to care about the competitive community that much due to its relatively small size, it's probably not a big issue in their eyes.

In a way, he's sort of like Stealth Rock in Pokemon. Incredibly powerful in 6v6 Singles to the point of needing Pokemon for the sole purpose of countering it and making certain type combinations useless, but that format isn't often supported by TCPi. In 3v3 Singles and 4v4 Doubles, the two most supported battle types, there's no point in using it as it's a waste of a Pokemon and move slot for something that can really only affect 2-3 Pokemon once.
Top

Yesterday on 4chan's /v/ Board, someone started posting pictures from SSB43DS, including the full roster, full stage list, and the custom characters screen where you can choose between creating Mii Fighters and the regular characters. This person also revealed DLC information. Later that day, someone appeared on Gamefaqs claiming to be the same leaker, although certain evidence to the contrary made him seem like a fake leaker using Brawl. The first leaks have remained in great debate whether or not they were real, even up to now...

Well, seeing as the leak last night has been proven true by Famitsu leaking this morning (in the weirdest way possible, through a room on the Tomodachi Stage never being seen before outside of Famitsu and the leak), the entire character list is as follows:

The leaker also claimed five characters will be DLC
Hidden/Spoiler:
Lucas
Wolf
Chorus Men
Ice Climbers
Snake
The exact details of how these will be DLC is unknown. My personal, not confirmed in any way, probably not going to happen theory is that they'll be up for download on the eshop -OR- by connecting your 3DS version to the Wii U version. Regardless, it's pretty clear that these five are being added later because they aren't done in time for release on the 3DS.
Hidden/Spoiler:
Lucas and Wolf are probably being retooled/luigified more-so than their last appearances, Chorus Men and Ice Climbers require 8-12 characters onscreen at once and details are probably still being worked on for the 3DS, and Snake needs some serious fixing from Brawl, as his hitbox was designed when the character was supposed to be much larger
Now, for common claims against this leak:

"The line above Kirby in the one shot is the same size as Player 1's and does not match up with this screenshot of the Smashfest demo."

Videos of the Smashfest demo show that when you hover over a character with the hand, the line grows on the bottom screen. This is documented behavior and fits.

"Fox had a green background behind him in the demo!"

Fox has a blue background on the actual box of the game. Considering the box was designed way after the demo, that would have to be insane attention to detail.

"The random stage box in the stage select is bleeding over into the stages surrounding it!"

Same with the Kirby Line, when you hover over things in smash games they tend to move. I honestly doubt that with all of this attention to detail they would screw up by having the random stage box bleed into the other stages by 2-3 pixels.

"
Hidden/Spoiler:
Shulk
has the same facial pose as Little Mac in one of the PotD pictures!"

Now, this is probably the biggest evidence against this leak, which is saying something. Despite the gifs where they overlay the two faces over each other, there are still some differences. For one, one of the mouths is longer and in a different direction. Also, Sakurai kinda uses a lot of things twice when it comes to this series, character art looking like a frame of another character from earlier this year wouldn't exactly surprise me coming from the man who gave three characters Landmasters and then turned the cannon effect from the Landmaster into an item in this game.


I'll try to locate the not-cut-off picture of the stage select later today. The only new stage I remember offhand is
Hidden/Spoiler:
Magicant from Earthbound/Mother 2
, so that'll be interesting.
Top

There's also the fact that, in all other smash games, characters are sorted by franchise. Yet here, Dark Pit, Dr. Mario, and Lucina are separate. I'm willing to concede, though, that this may be a test build and not the final roster layout.

I also just don't like the fact that Dr. Mario's back, yet Mewtwo, Roy, and Pichu are not. But that's a personal issue :p
Top

Fusion wrote:Yesterday on 4chan's /v/ Board, someone started posting pictures from SSB43DS, including the full roster, full stage list, and the custom characters screen where you can choose between creating Mii Fighters and the regular characters. This person also revealed DLC information. Later that day, someone appeared on Gamefaqs claiming to be the same leaker, although certain evidence to the contrary made him seem like a fake leaker using Brawl. The first leaks have remained in great debate whether or not they were real, even up to now...

Wow. I really wish I was still working at Nintendo of America. I'd really like to hear what's going on over in the Product Testing department right now, lol.

(Nintendo takes confidentiality and NDAs EXTREMELY seriously - like, if the leak is legit, Nintendo *will* find out who leaked the information pretty much no matter what, that person will be immediately fired, and a lawsuit will most likely be filed against him or her.)

It was apparently an ESRB copy, as the account name at the bottom is ESRB0083.

I don't know the exact way it works, but apparently the ESRB receives videos of the games running or something. This is why the two screens are on the same screen in the leak. I'll continue looking for the non-text post versions of the pictures or just G-rating edit them myself.

Edit: Can't find the full picture of the stages, the right row is cut off in this copy of it. If I find it again, I'll post it. I also removed leak 3 from this image, as it's likely not the same leaker or real.
Hidden/Spoiler: 
I still want mewtwo back I missed being able to play as him in brawl. Lucario was a nice alternative, but it just wasn't the same

Get a clean 2 GB SD card (no bigger or smaller), download the wifi-safe version of Project M, follow the instructions to get it to load right, and play as Mewtwo as much as you want. No Wii hacking required.

I have a feeling Mewtwo will never be back in the main series, so that's your best bet.
Top

Wow! :0 This mod is very impressive, I'm going to download this as soon as possible
Top
Post Reply
46 posts