Destiny of the Galaxy Mod

This forum is for discussion of the Destiny of the Galaxy Mod by commander_fusion and team.

Destiny of the Galaxy Mod

Welcome to the Destiny of the Galaxy Mod Forum.

I am the Team Leader, Head Writer, and General Organizer [GT]Cmdr_Fusion. If you have no idea who I am I suggest you move out from that rock you're currently residing under

This mod will follow a series of events that occured in the EU/Fan-Fiction book I wrote a year or two ago, Destiny of the Galaxy. Although the story itself followed the Jedi more than it did the Clones and Droids, there is no possible way anyone can possibly remake the duels that took place during it with the Battlefront II engine. Instead, this mod will follow the main Clone Legion, the 404th Recon Troops, and their absolute enemies, the CN-92 Nemesis Droids. These maps were also developed as what I saw as "The Next Battlefront," reminding people that Battlefront II was not out yet during initial planning. The formations of the maps seem like they were designed for balance. Symmetrical locations are often common, I always saw this as a strong point in Multiplayer matches. The series will run for 13 maps, even including a Phase 1.5 section (yay canon goes boom! [Ooh double meaning!])

The story shall start with the Phase 1 404th troopers, in their first ever battle on their home planet of... 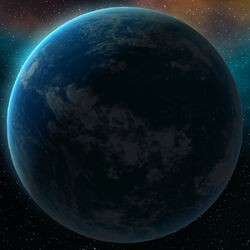 
Kamino- Clone Command
- The aquatic world of the Clones and Kaminoans is now under attack by a group of CIS droids. The 404th's first mission is to protect their home base and take out the droids before too much harm is done.

Thoughts? Speculations? People wanting to apologize for saying I haven't contributed anything to the Community (:P)?
Top

Hey! You actually got the admins to let you have this forum! Looking forward to the first download!
Top

If you need any odf editting I'll help out.
Top

Any chance i could help out? I've got a long summer holiday with which to get to know lua coding ready for Crysis modding. I may have to relearn a few things but i think most of my experience is knocking around in this old can somewhere. Would also be nice to work with someone who is a staff member also!
Top

Excellent, I'm glad you got the forum!

Astute has given me some suggestions to fix the crashing, until then, do you want to show them Phase 2 clones or keep it until later.

I can map, side and skin. Just let me know what I'm supposed to work on.
I do have limitations for the size of file I can upload and download(dial-up), though.
Top

Yay, a new GT hosted mod! I'm glad they scooped out the corpse of the old mandalorian topic, lol.

Too bad I cant mod (yet)

I'd love to help out. I could "brainstorm" ideas for features (weapons/characters/planets/maps/vehicles), but it looks like you already have all your ideas.

Astute has given me some suggestions to fix the crashing, until then, do you want to show them Phase 2 clones or keep it until later.

You can see them if you want, OGEB, they're in the staff forum (page 62), but all the public shall see for now is the 404th Battle Trooper, in my avatar.
Top

We only have 1 page of topics in staff...lol
Top

You know which topic I meant, I just didn't want to give out any more info on the staff forum

Ah yeah i get ya, you could have just said its in the topic with 62 pages. lol anyway i see them they look pretty cool. Thats all you are going to get from me folks!
Top

By-the-way, anyone who sees the Phase 2 skins should know that that screenshot is out of date and those skins aren't the final.

And I fixed the crashing.

Yay! Stuff isn't following the usual path it does for me!

I can skin stuff pretty decently, and ODfing is as easy as breathing to me, Incase you still need more help
Top

Also just out of curiousity how long was the book you wrote?
Top

Return to Destiny of the Galaxy Mod