Well, it's finally here. After more than two years, the Conversion Pack has been seen through to its completion. And what a completion!

The new maps cover all the map content that was in the original Star Wars Battlefront - all of the fan favorites, from Bespin: Platforms to Rhen Var: Harbor. Original map content is included as well: two unique Knights of the Old Republic maps have been added, expanded Space battles have been added, even the Raxus Prime level from Pandemic's "Clone Wars" has been recreated for Battlefront.

Our new gamemodes cover a variety of playstyles, from the more lighthearted "Hero Capture-the-Flag" to the tactical "Holocron" mode. In an effort to truly recreate a Battlefront 1 experience, the "Classic Conquest" mode offers a near-replica of the original game's play, including AI heroes.

Knights of the Old Republic also makes an appearance with a complete era of its own. Play as either the Old Republic or the Sith Empire on any of the game's stock maps as well as all of the new Conversion Pack maps. Including over thirty heroes of its own, the KotOR era is a comprehensive Battlefront look at the acclaimed RPG.

Finally, all of the original eras have been tweaked. The Conversion Pack comes with the UnOfficial 1.3 patch, which includes a visual upgrade to all the stock sides while at the same time maintaining online compatibility (and no compatibility will be broken by anything in the Pack). Additionally, on the new maps the stock sides have been expanded to include three new classes per faction. There are also over forty new heroes for the Clone Wars and Galactic Civil War eras.

The Conversion Pack 2.0 may be downloaded at the following locations:

To install, just make sure you run the installer and follow all the directions (and read all the dialogs) provided in the installer. We recommend that to insure a clean installation, you install these things in the following order:

If you have a problem, please refer to the "Conversion Pack documentation" folder (which is in the download).

Thanks very much, and enjoy!
Top Congratulations to everyone who contributed to this project! SW: Battlefront II lives again!

Megatron wrote:Congratulations to everyone who contributed to this project! SW: Battlefront II lives again!

A truer word was never told! Im dl right now, and on behalf of the whole community around my area thank you and Teancum and every single person who may have contributed to this wonderfull project for making it a worthwhile and unbelievable gaming experience!
Top 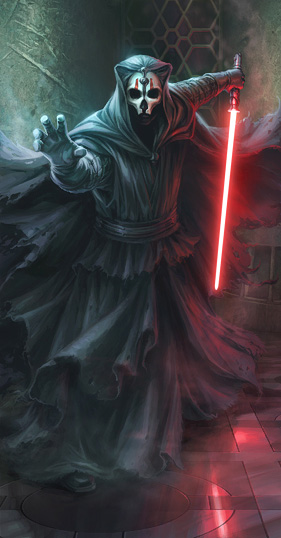 Its finally out!!!!!! i have waited long for this, but haven't we all? i have to wait untuil 2:00 eastern time to get it, but its worth te wait
Top

It must be said, i think no game has ever had such an awesome mod which adds so much to the original game.. The Pack is not only marvelous looking at all new things, and efforts being put in it, but it just creates a feeling that I'm sure will make lots of people play Battlefront 2 a lot longer! Cheers Tean! Cheers Mav'! And cheers Lucasarts, since you can work on Battlefront 3 now as long as you want; we've got the Pack!
Top

Wait, the installer's 1 gig, right? Are we gonna be able to uninstall the installer, as Ive had things where the installer was about 95% of the filesize. Also, should we uninstall 1.9 before use?
Top

Good, I was hoping it wouldn't have the bad luck that one of the previous versions had, where an over-sized core.lvl crashed the game at the quit screen

Well, at least it's finally finished, maybe I'll be able to play it some day. You can bet that I'll have a server up ASAP on that day.
Top

I'd like to thank every single person that helped with this project make it what it is, after two years of complete hard work has lead to such a fabulous project. What MandeRek just said I completely 100% agree with. So once again I'd like to thank Teancum and everyone else that contributed to this project. Now I'm going to go along and play my heart out so cya.
Top

I quess this is goodbye for Teancum. Well...goodbye.

Now excuse me while I am playing as Traya killing the Exile.
Top

fwaaaw. Got that out of my system.
Gona download this right away...

I quess this is goodbye for Teancum. Well...goodbye.

Now excuse me while I am playing as Traya killing the Exile.

I installed the pack, click to start bf2, screen goes black, get back to the desktop.

You may have too many addon maps. That can cause a ctd.
Top