Does anyone still play this old game?I do.I play a lot of old games.I remember the ps1 has gameshark codes that let you be guys you normally can't be.And I remember the Ki Adi Mundi search.And Mace Windu had a blue saber.But the Lucas dude on the beginning cut scene with the purple saber was going to be a secret character.Don't know if this is real but 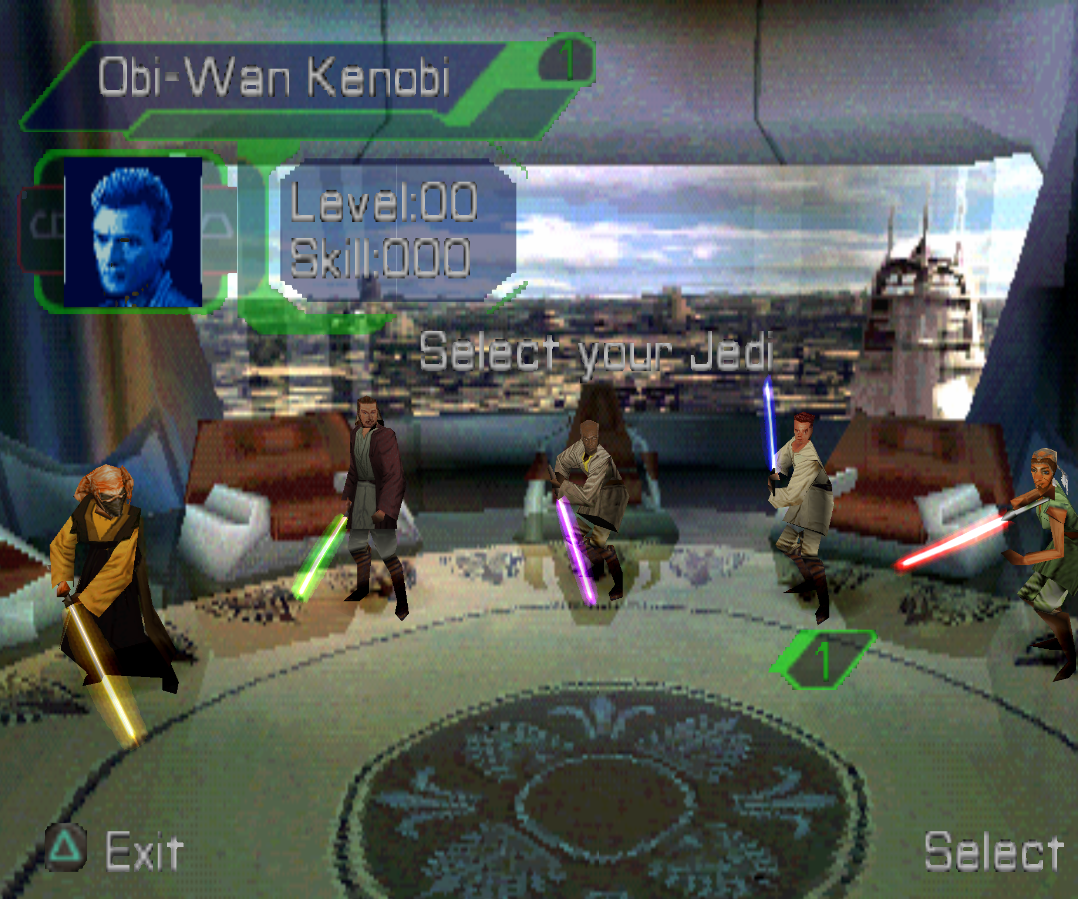 The texture was already in the game's files. It almost looks like the LucasArts "mascot" was going to be a hidden character (with a purple saber) at some point in development. This was a rather hamfisted way of getting Mace to use it and you'll still see a little blue during animations. I'm not sure where it's coming from, but I haven't looked too hard.
That post had a link to download an xdelta file.Not sure what to do with it.
Top

Ahhh, I remember this game - we rented (LOL RENTING GAMES HAHA) it for the PlayStation back in like 2001-2002 and my brother and I would play it for long hours upon end. Eventually we bought it and we still haven't beaten it lol, granted we haven't played it for like, ages, but still.

If there's one thing I remember about this game, it's that it's DIFFICULT.

I still have the disc somewhere - provided it's not too scratched, it ought to be playable. Never finished it to 100% though: I always got stuck on Level 10 as Plo Koon. That level's a nightmare with old Plo. I have the PlayStation version which omitted Ki-Adi Mundi and altered Darth Maul. Even though I pretty much don't actually expect it to happen, I'd love to see it put up on the PSN as a PSOne Classic Title. Qui-Gon, by far, is the easiest from-start character to beat the game with (unlockables-wise it's Queen Amidala - blaster

): I think it was their way of having revenge on Maul for Qui-Gon's death in TPM.
Top

This kind of game would make a great Xbox LIVE Arcade/PSN/Steam title. Make it episodic with additional missions downloadable and I'd pay for that all day. It wouldn't have to be the original game, just the same style of co-op gameplay with selectable jedi.
Top

I agree.It is difficult.I got both but I like Dreamcast better.To anyone who has Dreamcast and has unlocked Ki Adi in story,how do you finish the training missions?I finish them but it ends up just letting my guy walk around.Is it possible that the cheat I have on(Radar Map) is affecting this?
Top
Post Reply
5 posts • Page 1 of 1